I have complicated feelings about broccoli writing.

As someone who has always enjoyed broccoli, I’ve still felt myself get irritated by the idea that a food’s only redeeming quality is that it is “good for you”.

There are enough foods that can be enjoyed and provide nutrition that forcing people to associate nutrition with unpleasantness bothers me.

I feel even more strongly when I see “good for you” writing.

There are many varieties and flavours of broccoli writing.

Writing can be considered “good for you” because of its message, because of the challenge of its style, because of its importance in a larger history of ideas. Uniformly, when somebody tells me that I need to read something because it would be good for me, I brace myself for an unpleasant experience.

This is unfair of me, but I think that it is also unfair of the writing’s defenders.

Good writing will stand on its own merits.

Not all stories are for all people, but there is a certain magic, an undefinable spark that catches in the best writing and is recognizable to those who read it.

I may not always enjoy Charles Dickens, but I read “A Tale of Two Cities” in nearly a single sitting, my fingers tingling with adrenaline as I turned the pages.

There was no need to defend it as an important, if flawed, part of both history and literature. I could recognize that clearly enough for myself as I was drawn into the book.

While learning of what came before helps us to build a stronger foundation for our thoughts and ideas, I don’t think that these works need to be defended as “good for us”.

Providing context and understanding can be important, but the joy of reading and discovery is to realize the importance of the basic story on our own.

When I was first given broccoli, no one told me that it was supposed to be good for me. I put it in my mouth, tasted the bitterness, the strange acrid undertones mixing with an odd fresh cleansing.

As I flip through the pages, I still do.

Even kale has its place in the pantheon of difficult writing choices.

Not a fan of kale, but I do love a variety of historic and important “good for you” stories. I’d like others to be able to share in that love.

I don’t claim to write “good for you” literature, but if you’d like to check out my own work, my fantasy novel, The Guests of Honor, is available here.

I’m going to tell you a secret.

We do not count our lives in days or years.

Oh, we mark days in calendars and agendas, plot pathways to tomorrow and next week.

But in our memories…

Our lives are measured from the moments that have meaning, that shape us into the people we become.

Our memories are more honest than our day-to-day planning. They strip away the dull and measured, leaving only punctuations of pain or joy that the rest of our lives circle, circumpolar.

It has been this many years since the death of a loved one, this many days since leaving a home or falling in love or birthing a child.

Our lives are good stories, our minds keenly excising all but what is most necessary to strip us to our cores.

Tell me this story: of a series of stars, separated not by space or time, but the breath between the telling. 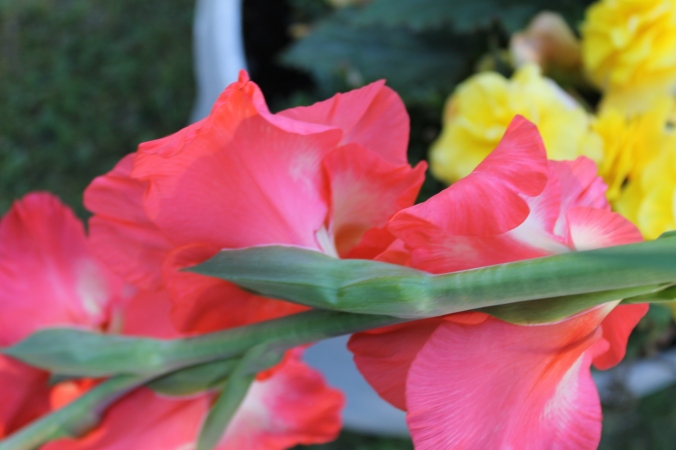 A story exists to find the colours and draw them together

Our minds are great story-tellers. It is our fingers and voices that need some extra help.

I chase my own version of colours within my writing. If you would like to see my stories, my fantasy novel, The Guests of Honor, is available here.

I love reading about small kindnesses. Grand gestures can have a profound impact on a reader, but I hold a deep soft spot for the little touches, the small moments of shared humanity.

Even in dark plots and darker events, moments where I can see characters do well by one another pull me more fully and happily into the story.

In my own life, it is not always the grand gestures that I remember, but the small moments where someone gave me a meal or helped me with a heavy load or explained something that confused me.

I treasure these moments in my own memories and whenever I see something like this in the story, it creates a moment of empathetic remembrance in my head.

I love writers who recognize the importance of small kindnesses and the profound or not-profound impact they can have on characters.

There is no need to dwell on these moments, and indeed they are often more powerful as a passing event.

Surely if we can fantasize about dragons and time travel and worlds without shrimp we can imagine more worlds where there are people who can gift a moment of unthinking kindness?

I enjoy stories where characters treat one another with respect, even if one of the characters comes across as foolish or silly.

While I enjoy sarcasm and witty comebacks, there is something profoundly refreshing about seeing people talk to one another as if they care about one another’s thoughts and feelings.

However, when I escape into a world of mystery or fantasy or far-flung planets, sometimes I like to hope that the good has followed as well as the bad. 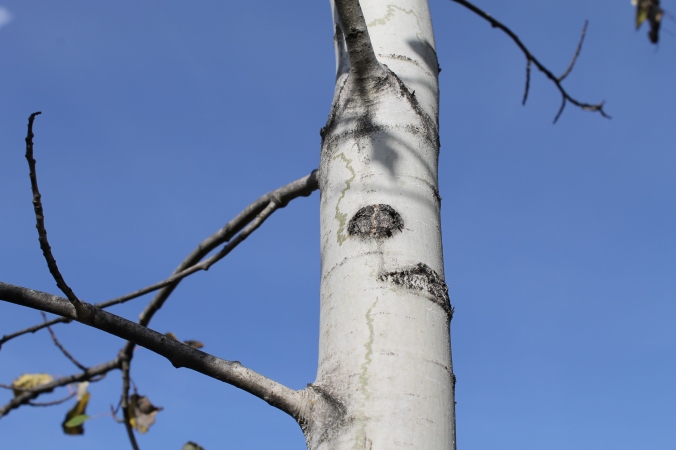 I have a great weakness for fundamental decency. I am always looking for more stories that involve fundamentally decent characters.

I play around with kindness and its expectations and problems in my own writing. If you’d like to see those ideas, my fantasy novel,  The Guests of Honor, is available here.

It does funny things to the head to spend too long in the dark.

While Robert Service is perhaps best known internationally for his poems “The Shooting of Dan McGrew” and “The Cremation of Sam McGee“, he also wrote a number of very dark, very grim pieces of poetry about life in both the Yukon and Paris. Even in his better known, more humourous pieces, there is an underlying tone that most people who live far enough North are always walking the knife’s edge of keeping themselves together.

Being without people can be dealt with.

Being cold can be dealt with.

Being without light for months on end…

It changes how you see things.

It was strange to me when I moved south as a student just how many people didn’t understand those undertones in Service’s poetry.

The effect of light and darkness is such a given where I grew up, such a fundamental undertone to how you think and plan, that it was strange to meet people who had no idea what it was like to leave school at 3:00 p.m. and be met by total darkness.

I think of this sometimes when I read.

I think that it is hard, even at the best of times, to write and understand someone who is living in a perpetually hostile world.

As much as I love the North, I suffer under no illusions that the landscape around me isn’t perpetually dangerous to the unprepared and the unobservant. This sinks into how I think, how I act, the fact that I always have survival gear in my car – something that seems ridiculous to someone used to fast access to emergency help.

It’s hard sometimes to survive in the dark.

There’s nothing wrong with writing this kind of mindset – many thrillers, fantasies and science fiction stories exist in worlds that are equally hostile.

The problem is that it is really hard to get inside the kind of mind that is necessary to survive in these kinds of environments if you haven’t experienced the situation yourself.

I come back to this time and time again, but it is hard to know what you don’t know.

Unfortunately, often I am thrown out of these stories because I can’t feel that ever-present tension lurking beneath the surface, the threat of imminent night forming the characters’ actions.

I would love more stories in science fiction and fantasy about hostile environments written from the perspective of people who have experienced them.

Were you ever out in the Great Alone, when the moon was awful clear,
And the icy mountains hemmed you in with a silence you most could hear
-and nod.

The moment between dark and light is hard to describe and impossible to capture
The odd pieces that make up Northern survival are some of my major interests. Please write more about them!

My own story is survival of a different kind, but light and dark still play their roles. If you would like to see for yourself, my fantasy novel,  The Guests of Honor, is available here.

I’ve been watching the bracken ferns slowly turn from green to yellow to brown. They vanish entirely during the winter, only rising once the snow and frost have entirely passed.

There is something about watching the changes around me, even if the ending is entirely fixed and known, that captures my thoughts and imagination.

Maybe especially if the ending is fixed and known.

I have an attraction, both in real and life and in stories, for passages where the ending is a clear, known point.

Some of my favourite events and writing are those that have a known destination, but which manage to make the journey towards that destination unexpected and engaging.

There is rich material in the changing of the ferns’ colour, even if it ends in their fading disintegration.

There is rich material in telling stories about the pieces in and around events whose ending is an ever-present knowledge.

Much of our lives and world hold inevitabilities.

I am drawn to celebrate the stories that live vibrantly and fully in the face of their known outcomes.

The truth is, the ending is the least interesting part of our lives and stories.

Our celebration of the roads we walk is the true magic that pulls us into the world around us.

When I look at the fading bracken ferns, I don’t see the ultimate end of the dying fronds.

Instead, I close my eyes and see another spring, another vibrant rise of green making its way into an unknown world.

The beauty is in the passage, not the ending

My fascination with how the journey reaches the destination is longstanding, in both life and reading.

If you’d like to see my own wedding of journey and destination, my fantasy novel,  The Guests of Honor, is available here.

The Guests of Honor

My contemporary fantasy book, "The Guests of Honor"

Sign up here to receive information on Cat's new releases.